Flies can cause dermatologic disease in dogs and cats. The common one is cutaneous myiasis caused by Chrysommia bezziana flies. It is most commonly contracted when flies place their eggs on damage skin (wound) or mucous membranes.
The larvae damage the underlying tissues and skin by burrowing into it. The head of these larvae is in the tissue, while the back or the posterior region is visualized as a small black dot (breathing pore), and the function is for breathing. The larvae are dependent on an animal host during parts of its lifecycle, to complete its development. Sometime it’s leaving holes in the skin.
Clinical signs: This dermatologic disease is usually seen as alopecic, crusted areas and the maggots usually visualize in the wound on the pet. In some cases, the fly eggs are appearing on the fur around the wound. The wound odor is quite characteristic, and it will attract other flies to lay their eggs around the wound.
This disease commonly affected skin, ear, anal region and paw. Diagnosis can be done easily because the appearance of larvae at the wound or the infected areas.
Treatment: Clipping fur at the affected area is important. The area is clean with antiseptic such as chlorhexidine. Saline (Sodium chloride solution) is used for irrigation and flushing. Maggots are taken out using tissue forcep. Hydrogen peroxide is used for mild debridement of the death tissues. Sometime, surgical debridement is done. An antibiotic such as amoxicillin-clavulanate or clindamycin is given for elimination of secondary infection cause by bacteria. Prevention is difficult. Ivermectin 1% at 0.02ml/kg can be given subcutaneously to kill any new larvae, if entering the affected area. Application some fly repellent around the wound is useful. Supportive care is given to the pet that heavily infected or in the chronic case of cutaneous myiasis.
Email Post
Labels: veterinar 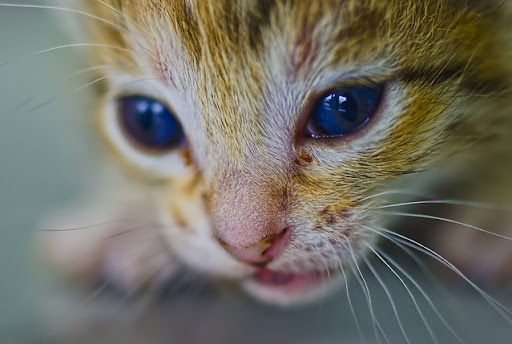